Living and Leading in the Genius Zone 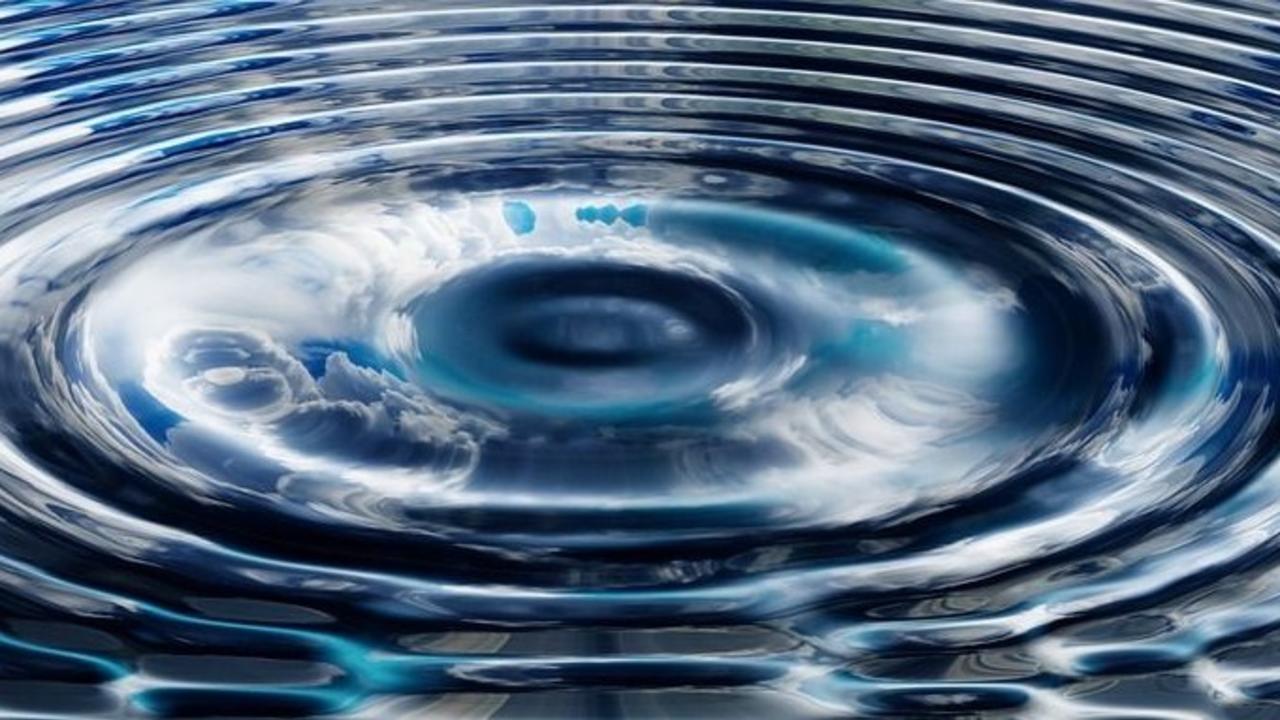 “There is no great genius without some touch of madness.” ~ Aristotle

What do you think of when you hear the word “genius?”

Visions of exceptional people and their incredible talents may spring to mind: the scientific genius of Einstein, the musical genius of Mozart, or the artistic genius of Leonardo daVinci {art was just one of the many genius talents of this ultimate Renaissance man}.

Curious about the origins of the word, I found in a Wikipedia article that “genius” is a Latin word meaning the “attendant spirit present from one’s birth, innate ability or inclination.”

In that same article, something further down the page caught my attention: “Persons with genius tend to have strong intuitions about their domains, and they build on these insights with tremendous energy.”

Carl Rogers, the founder of the “humanistic approach to psychology” observed:

El Greco, for example, must have realized as he looked at some of his early work, that ‘good artists do not paint like that.’ But somehow he trusted his own experiencing of life, the process of himself, sufficiently that he could go on expressing his own unique perceptions. It was as though he could say, ‘Good artists don’t paint like this, but I paint like this.’ Or to move to another field, Ernest Hemingway was surely aware that “good writers do not write like this.” But fortunately he moved toward being Hemingway, being himself, rather than toward someone else’s conception of a good writer.

What did these genii have in common? They somehow found a way to break free of the tightly formed box of conventional wisdom surrounding them and dared to do things their own way.

They listened to the whispers of intuition ~ the voices from beyond the veil, the nudges of encouragement from their future selves. They came to know, love and respect their innate abilities and inclinations. And then they boldly and defiantly dared to express those unique talents in the world.

Do you know what else I noticed? The word “rare” is completely absent from the definition of genius.

So many of us have come to see individuals who live in their Genius Zone as different than us, as one-in-a-million recipients of special gifts and talents that we could not even begin to dream of possessing.

And here’s the beautifully paradoxical truth in that perspective: it is both true and so far from the truth at the same time.

“Nature is full of genius, full of the divinity; so that not a snowflake escapes its fashioning hand.” ~ Henry David Thoreau

Your fingerprint is unlike any fingerprint of any other person who has ever or will ever inhabit this planet ~ and most of us have 10 of them. The population today is estimated at 7.7 billion people.

Pause for just one moment to let that sink in….

There is plenty of room on the planet for everyone to express his or her unique genius. In fact, this world is designed to work perfectly when everyone is living, loving and working from within their genius.

Why? Because your genius is your dharma. It’s the ‘thing’ you came here to be and do, to contribute to humanity and the planet. Grandiose or seemingly insignificant, it’s the thing that moves you ~ the thing you can’t not do.

Your genius is not only what makes you come alive ~ it enhances the lives of others who are in some way putting out the call for your special brand of magic.

Contrary to the voice of conditioned programming, we don’t fit in by being mediocre, average or the same as everyone else. We “fit in” by bringing our unique piece to this grand jigsaw puzzle of life ~ a tapestry woven of 7.7 billion threads.

Breaking Free of the Tyranny of Excellence 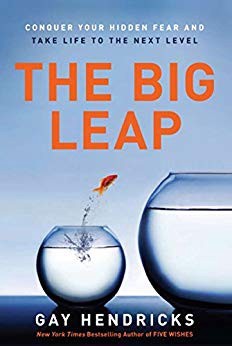 Gay Hendricks, in his fabulous book The Big Leap, identifies four zones from which we operate:

Zone of Incompetence. You suck at the tasks in this zone. Many people can do them better than you.

Zone of Competence. You can manage here, but lots of others can do these tasks better.

Zone of Excellence. You’re highly skilled in this area; few can hold a candle to you. In this zone, you’ve accumulated great knowledge and a set of skills and tools that you know how to use exceptionally well. You are seen as being well above the average in your area.

Zone of Genius. This is where you are in the flow. You are energized by this work ~ work that feels like play. Time almost stands still and you are fully absorbed, tapping into not just your skills but the full spectrum of your gifts. When operating from this zone, there is no one that can do exactly what you are doing in the way you are doing it.

Most often these zones are depicted as quadrants, useful for plotting our activities and seeing how far most of us are from the ideal of spending the vast majority of the time in our Zone of Genius. 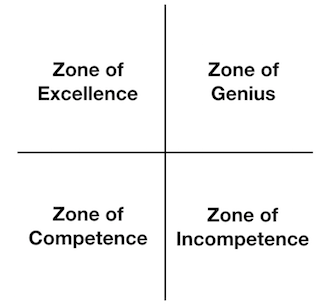 The Zone of Genius is the place of ultimate thriving, fulfillment and true prosperity. This is where we’d all like to be hanging out day after day, right?

So why aren’t we?

Well, for many of us, it’s because we have reached heights of success in our Zones of Excellence ~ also known as the self-made prison of our egos.

The Zone of Excellence is our comfort zone. This is the place where we build our reputations and our careers, where we become known as “experts” and standouts in our fields, where people admire us and look to us as reliable resources, and often where we are compensated quite well.

The Zone of Excellence is seductive and dangerous.

Why? Because the work in the Zone of Excellence can be done in our sleep. Because over time that comfort zone becomes mind-numbing, unfulfilling, and suffocating.

Because we were not born to be “above average.”

We yearn to feel fully alive, filled with the vitality and bliss of our life force {aka creative genius} flowing through our veins. We long to answer an increasingly loud call to express the essence of our unique blueprint.

“What is called genius is the abundance of life and health.” ~ Henry David Thoreau

Between the Zone of Excellence and Zone of Genius, however, is a massive wall constructed of fear, doubt, and conditioned beliefs about what is appropriate, how we can earn an income, what we are capable of, and what those around us {especially those who have come to rely on our excellence} will think, say or do.

Making the Big Leap into our Zone of Genius requires us to let go of our attachment to who we think we are, to who other people think we are, and to all that we’ve spent the majority of our lives cultivating.

It requires a tremendous leap of faith, a courageous surrender into the force that is moving us, and a seemingly insane trust that we will survive even when we can’t possibly see how.

This leap is an odyssey like no other. It is an epic quest for the Holy Grail, a true Hero’s Journey.

Our Zone of Genius resides in the heart of our heart, the Holy of Holies, the very core of our being. And it is massively powerful ~ and tremendously precious.

This big-leap breakthrough doesn’t happen in one brave storming of the castle walls.Oh no, our Genius is held so dear that it is hidden deep within a fortress, protected by a gatehouse, multiple moats, a drawbridge, heavily fortified curtain walls, turrets and towers.

Those who are courageous and perseverant {and just slightly insane} enough to make their way through the legions manning the castle walls, who have gotten past the blood-thirsty hounds serving as guardians of the gate, ultimately get the privilege of up-close-and-personal meetings with the fire-breathing dragons perched atop the priceless treasure held for safekeeping in the innermost, deepest dungeon.

These many layers of fail-safe protection have been created by us, through years {and lifetimes} of battle wounds incurred when our genius was exposed and vulnerable ~ wounds that were never fully healed, and the resulting survival mechanisms created to armor the core essence of our selves against future attack.

As the wounded healers who have been on this hero’s journey can attest, though, the layers of fortification and barricades ~ no matter how impenetrable they may seem ~ are not insurmountable.

With every wall we scale, and with every dragon we slay {and ultimately befriend}, we become stronger and the walls become more transparent.

A magical tipping point is reached when the veil has been pierced enough. At some point, we look back and see that our genius has been unleashed and has increasingly become our greatest protector.

The concentric circles turn inside out and our genius transforms from a faint whisper in the dark recesses of our being to the roar of an unstoppable force that is moving through us, lifting and empowering us as if from another realm.

We are enlivened, emboldened, and operating from a different echelon ~ a bandwidth of higher frequency that is characterized by more grace, ease and flow.

That is not to say that we get to a point of zero challenge. We simply have far more powerful tools to bring to the table, far more awareness of our conditioned beliefs and thought programs ~ increasingly able to witness them rather than being identified as them ~ and far more compassion for ourselves and others.

This is also the point where we shift from primarily defending our egoic selves ~ living in fear for our own safety and security ~ to living from a place of trust and surrender, desiring to be in service of something greater. And yet, far from sacrifice, this service is extremely nurturing and fulfilling of our true, essential selves.

When we are living from our Zone of Genius, we are tapped into the most magnificent forces in our universe ~ unconditional love and abundance ~ giving and receiving in flow, life-force coursing through all of our cells.

As more of us embark on and prevail in this Grail quest, as more of our Genius comes on line, we clear the path for others to do so with more grace and ease ~ creating a more womb-like, safe and compassionate environment for others to make the Big Leap.

Ultimately, we will look around us one day and see that our entire planet ~ including all our ancestors and our progeny ~ is living within its Zone of Genius….

"Whatever you can do, or dream you can, begin it. Boldness had genius, power and magic in it." ~ Johann Wolfgang von Goethe

Join us in the Grail Leaders Playfield!

Free membership with access to an abundance of resources ~ videos, articles, webinars and member initiatives ~ and a community of impact-driven leaders ready to serve humanity and the earth. 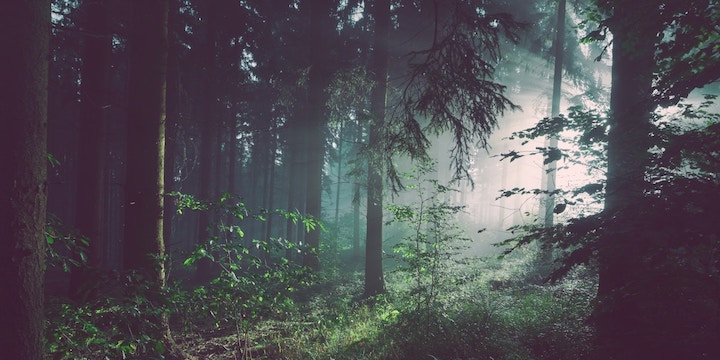 Join us in the Grail Leaders Playfield

Join us in the Playfield

We are so excited to see you and your essential genius playing full out. Meet you there (or, here)....